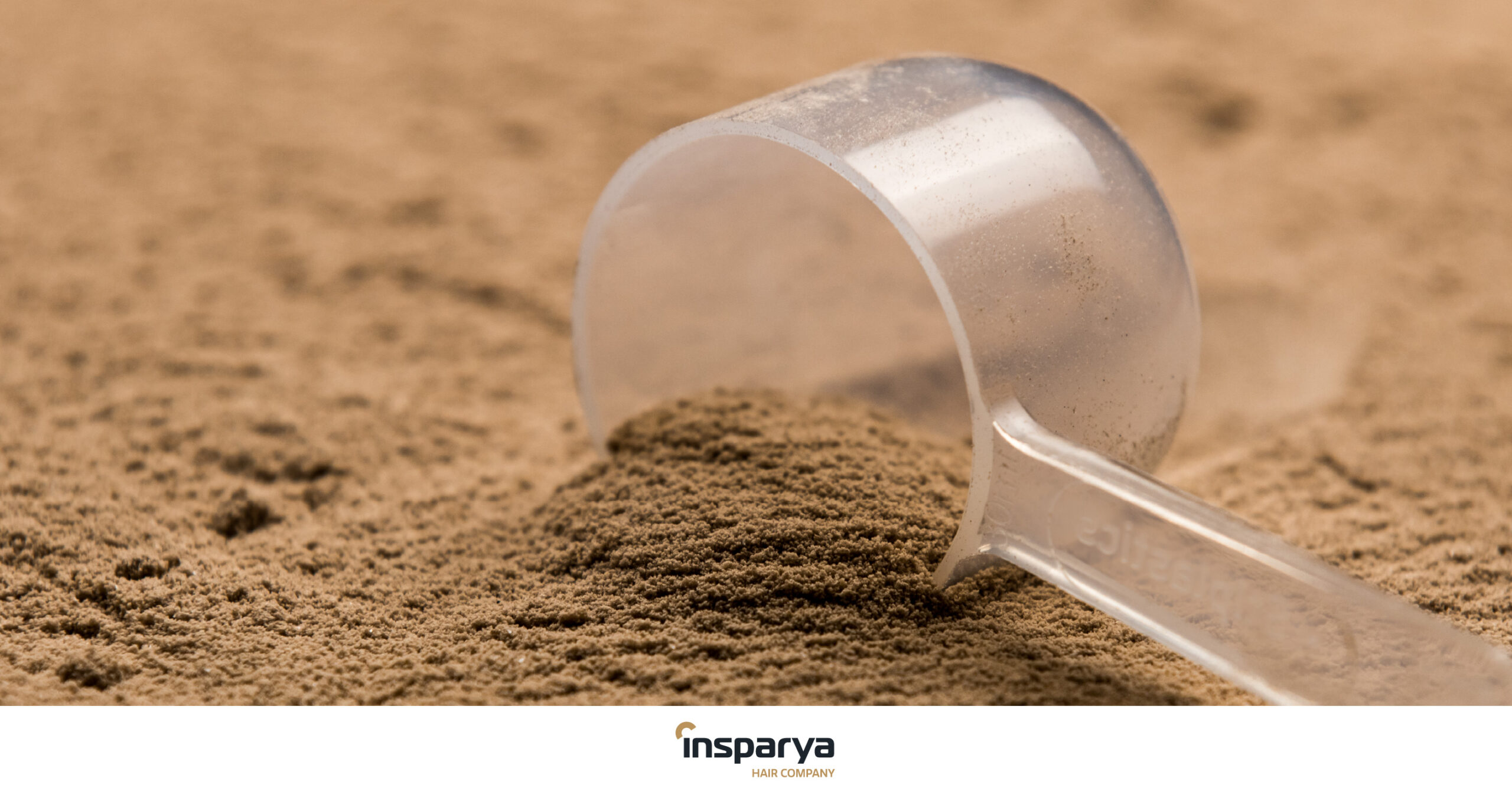 Does creatine cause baldness?

Almost everyone knows about the possible relationship between creatine and baldness. If you are into sports, it’s likely that you’ve heard of this substance: creatine is a supplement used to improve sports performance and increase muscle mass. It became popular after the ’92 Olympic Games in Barcelona when Linford Christian (Olympic gold medalist in the 100 m) said that he was taking it and guaranteed that it helped him perform better.

Several decades have passed since then, but it is still one of the most popular and sought-after supplements for training, as well as one of the most studied ones on the market. The advent of this supplement also brought the rumour that creatine leads to alopecia, so this is a very common question asked by athletes.

The questions that we are going to answer below will inevitably arise: is it true that creatine causes baldness? Is there any scientific evidence that creatine promotes hair loss?

What exactly is creatine?

Let’s pause for a moment to discuss exactly what creatine is. Creatine is a combination of three different amino acids: glycine, arginine, and methionine. It is important to emphasise this because there is a lot of confusion about it, and there are many people who think that creatine is a steroid. It is not; it works in a completely different way than steroids.

Creatine is produced by the body itself, and it is also found in certain protein-rich foods such as fish and red meat. It is not, therefore, a compound synthesised in the lab – it’s all-natural. It is also not a stimulant, though it can sometimes be combined with stimulating substances (such as caffeine) in some pre-workout formulas.

How does creatine work?

Creatine, that ever-popular organic compound, is known above all for boosting the recycling of adenosine triphosphate (ATP) in the brain and muscles. We could say that ATP is the cells’ currency for energy; therefore, creatine helps replenish energy in brain and muscle cells. This makes creatine a well-known and sought-after nutritional supplement, especially for athletes, as mentioned, since they use it as extra energy support.

The human body produces creatine but at very low levels, so taking creatine supplements increases its level in the body, which can provoke both positive and negative effects. One of these potential negative effects of creatine is hair loss. But before we get to that point, let’s look at some benefits of using creatine.

These are its main benefits:

Can creatine lead to hair loss?

The link between potential hair loss and creatine first appeared in 2009 in a publication in the Clinical Journal of Sport Medicine about research conducted by Johan van der Merwe. It looked at the possible side effects of creatine consumption in a group of rugby players.

The results of this study indicated that, by consuming creatine supplements on a recurring basis, these players saw a more than 50% increase in the concentration of dihydrotestosterone (DHT). This means that they produced more of the hormones related to androgenetic alopecia.

Dihydrotestosterone (DHT) is a hormone-based on testosterone, the main sex hormone of the male reproductive system. Besides its function as a sex hormone, testosterone always plays an important role in the formation of muscle mass and body hair. This is why a significant number of men are hairier than most women.

While DHT is based on testosterone, it is a more potent hormone. Therefore, most of the functions facilitated by testosterone can only occur after it is converted into DHT. However, many people are unaware of how this relates to many stages of male pattern baldness and other forms of hair loss. Testosterone needs to be converted into DHT before it can perform its functions properly, and creatine boosts this process. So when taking creatine supplements, the conversion of testosterone into DHT increases in the system.

While we should point out that the scientific study had nothing to do with the issue of hair loss specifically, the increase in DHT levels caught much attention.

Why can creatine make you go bald?

When taking creatine, the levels of the hormone DHT increase and DHT alters hair growth by accelerating the cycle of each of the hair follicles, which can lead to them falling out.

Hence, after the increase in these DHT levels was discovered, the possibility was raised that taking creatine could lead to hair loss.

How does creatine affect hair?

Following Johan van der Merwe’s scientific study on the side effects of creatine, it was not clear if the increase in DHT due to supplementing with it could affect hair loss. It is known, though, that the increase in DHT alters the cycle of hair follicles and their growth, especially in the case of androgenetic alopecia. Studies on this fact seem to conclude that, while there are no significant differences in the short term, further research is needed to determine whether the use of creatine supplements alone can lead to hair loss.

Taking creatine as a supplement is generally safe as long as the limits of both the daily amount and the time prolonged time for taking it are observed. In adults, it is estimated that up to 25 grams per day is a safe amount.

While it is a natural supplement, having high amounts of creatine in the body can cause specific side effects. Creatine can be taken orally in the prescribed doses without any risks. However, the long-term effects can be harmful.

Some of the side effects usually appear after five years. That is why it is recommended not to consume creatine for more than five consecutive years.

These side effects include:

These side effects also depend on the general functioning of each individual and their underlying medical conditions. Some of the worst side effects can lead to damage to major organs like the kidneys, liver, or heart.

To prevent hair loss, we at Insparya invite you to come in for a free consultation at any of our specialised centres. Our medical team will perform an exhaustive analysis of your case to assess your hair health and be able to treat the weakening of the follicle with hair treatments according to your needs.

Throughout these years, we have become experts in cutting-edge techniques such as hair mesotherapy, Platelet-Rich Plasma,  low-frequency laser, and hair micropigmentation. Any of these treatments will be fully suited to your needs and will allow you to bring a definitive end to your alopecia. 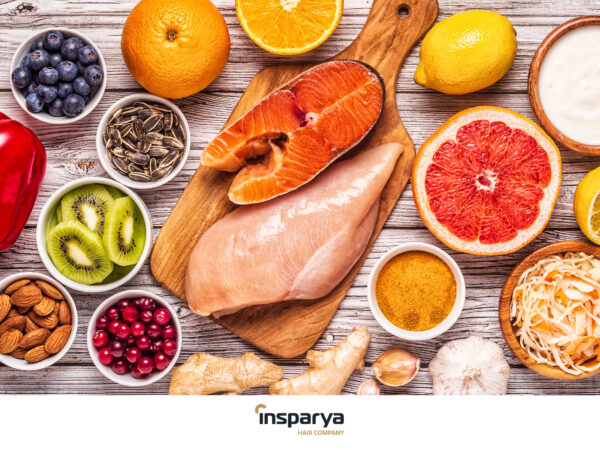 hair health The seven superfoods for your hair 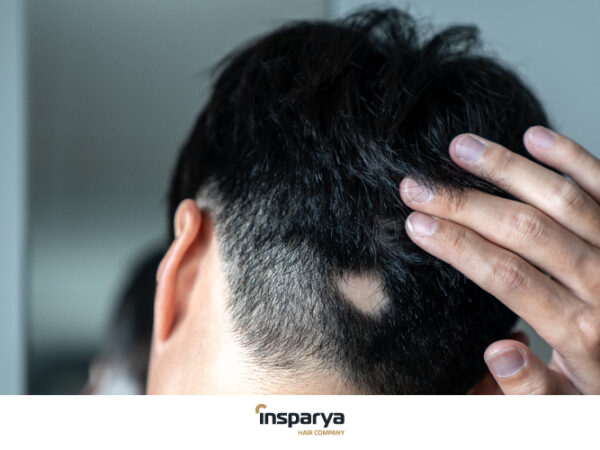 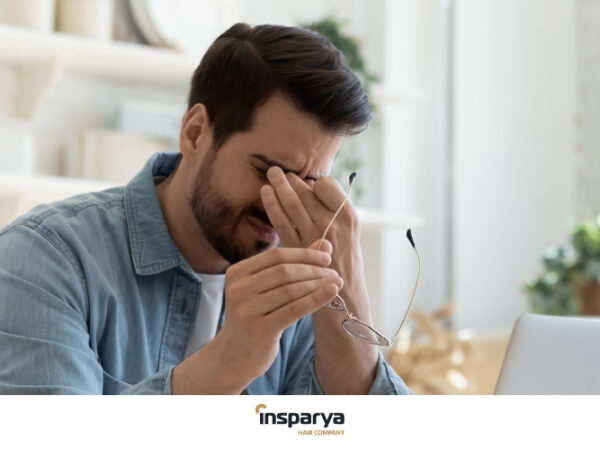 hair health Stress alopecia
looking for something?
Back to top of page
Chat
¿Hablamos? / We speak?
¡Solicita tu cita! / Request your appointment!